The Hythe is managed by Reach Parish Council

•Lies at the northwest end of Fair Green
•Partly occupied by a disused sewage works built in 1968
•Site of an Anglo-Saxon and Medieval port
•Artificial promontory of compacted chalk projecting out into the fens
•Built on the site of a Roman dock
•Grassland and trees (0.6ha) surrounded on three sides by water
•Preserves peat dating to the Neolithic
•Beauty spot with views of Wicken Vision

"The Hythe lies at the N.W. end of Fair Green. Before encroachment by houses, the green extended as far as the hythe. It consists of a parallelsided promontory of 1½ acres with a pointed N. end projecting into the fens, at the S. end of Reach Lode. It is 160 yds. long and 36 yds. wide, bounded on the W. by a watercourse 20 ft. wide, now a catch-water drain, and on the E. by a 15 ft. wide watercourse leading to a basin. The surface is flat, 3 ft. above the water level. During excavations for a sewage plant in 1968 it was shown to be constructed of some 4 ft. of rammed chalk rubble overlying peat and clay." 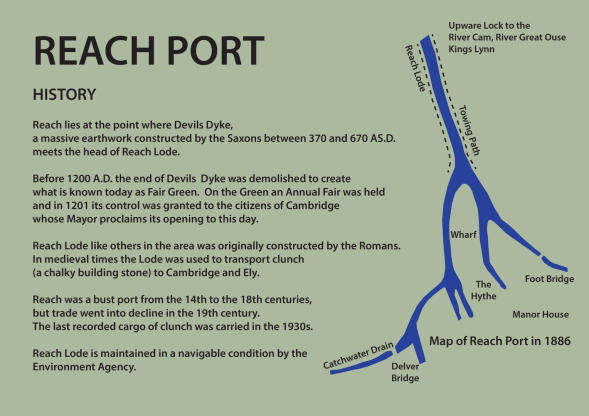 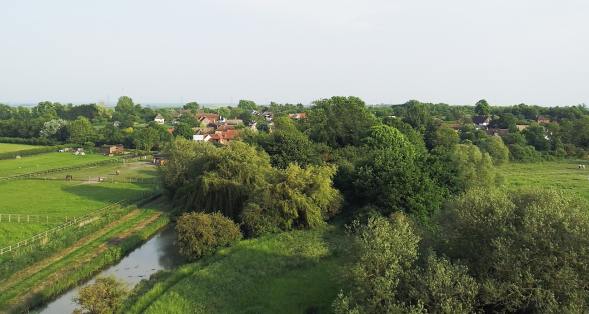 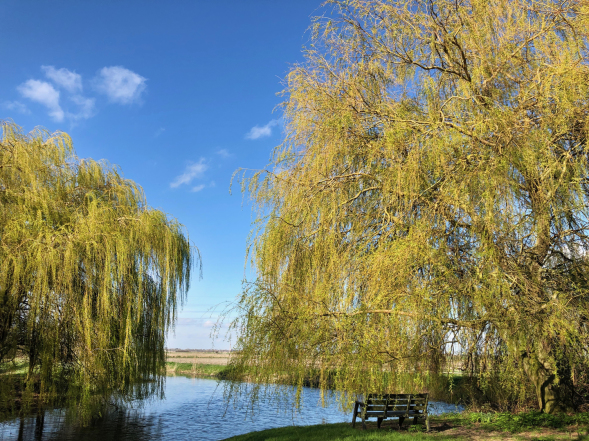 View of willows at The Hythe 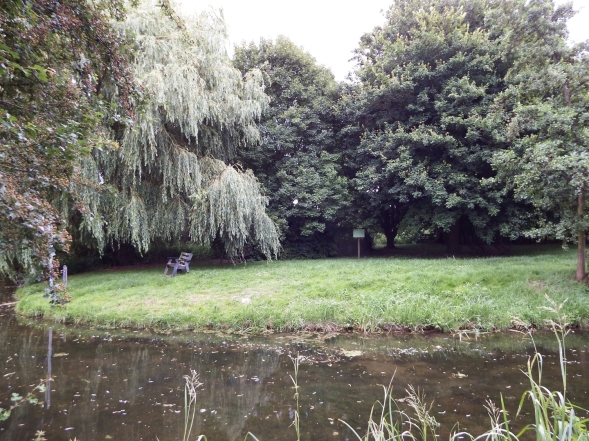 View of The Hythe 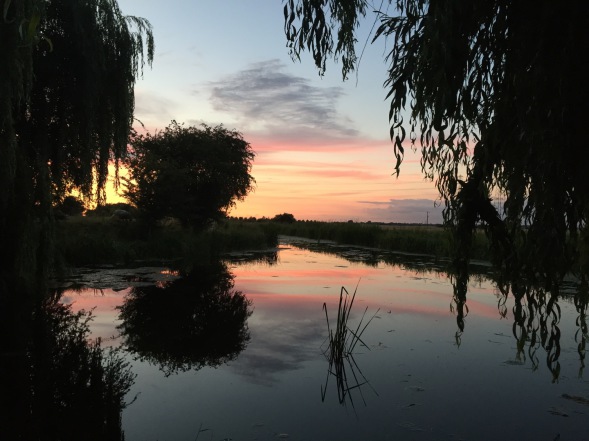 Sunset from The Hythe 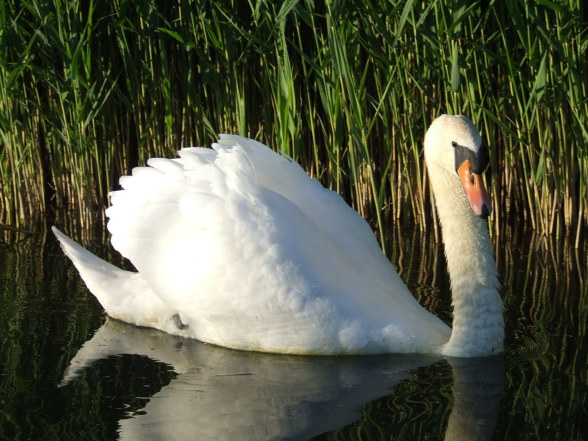 Mute Swan at The Hythe