The Devil's Dyke is an important archaeological monument and wildlife site.

"The Devil's Dyke, is a massive linear defensive earthwork 7½ miles long running N.W.-S.E. comprising a large bank with a deep ditch on its S.W. side. It extends from the edge of the fens at the village of Reach to the upland area of south-east Cambridgeshire near Wood Ditton. It lies almost entirely upon chalk which slopes generally N.W. between 350 ft. and 10 ft. above O.D. Apart from a number of gaps for roads and railways and the destruction of its extreme N.W. end, it is in good condition."

"Set in the heart of rural Cambridgeshire, Devil’s Dyke is often described as Britain’s finest Anglo-Saxon earthwork of its kind – and it’s certainly one of the best surviving.

The ancient monument stretches for seven and a half miles, and reaches a daunting 10m (33ft) in height. This archaeological treasure is also a Site of Special Scientific Interest (SSSI) as it is a haven for wildflowers, butterflies and a range of grassland insects come spring and summer."

"Devil’s Dyke is an Anglo-Saxon earthwork in Cambridgeshire that runs approximately seven-and-a-half miles from the village of Reach on the edge of the fens to Woodditton at it’s south-easterly end. It is not only a Scheduled Ancient Monument (SAM) but also a Site of Special Scientific Interest (SSSI) due to the internationally important areas of chalk grassland that make up much of its slopes." 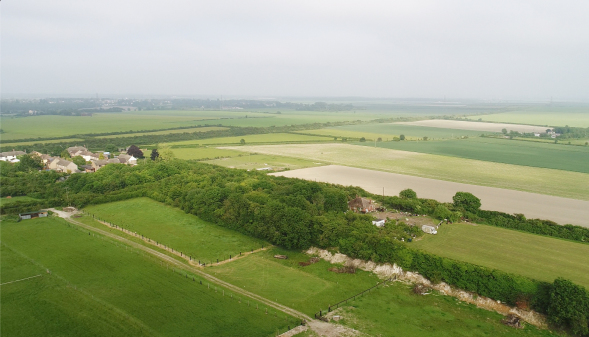 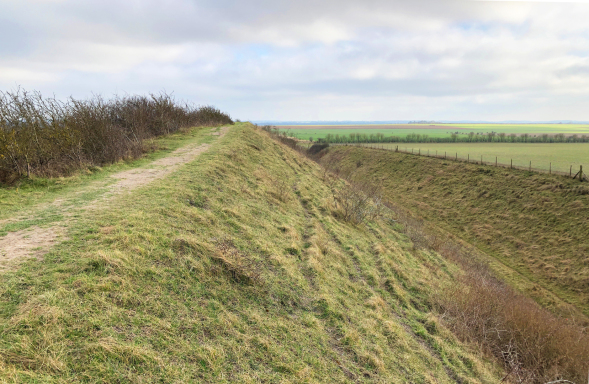 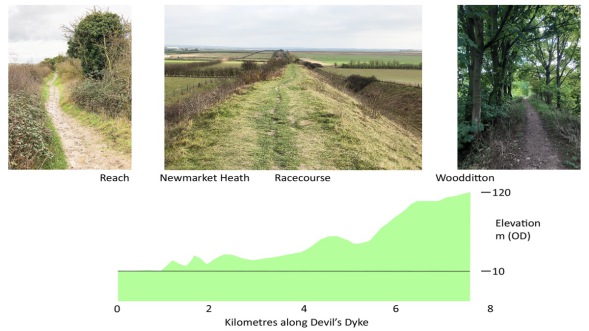